There are 4 main Connecticut Military Bases that we will take a look at however lets quick look at the state history. Connecticut is the southernmost state in the region called New England in the northeast corner of the United States.  Connecticut goes by two nicknames the constitution state and the nutmeg. State. Connecticut joined the United States on January 9, 1788, the fifth state to do so. The first Europeans to visit Connecticut arrived in 1614; Dutch fur traders who established a fort near what is now Hartford. The first English settlers didn’t come until 1633, but they soon outnumbered the Dutch, who abandoned their fort by 1654. Roger Sherman, a delegate from Connecticut, played a critical role in creating the government of the United States by presenting what is known as the Connecticut Compromise. This plan is the reason that Congress has two houses: one house, the Senate, has equal representation for each state. 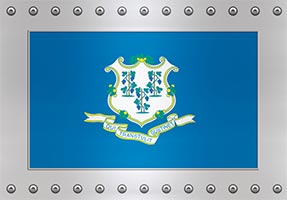 The Marine Safety Lab, run by the United States Coast Guard, is located in New London, CT. Its work is vitally important the health and safety of US waters as they provide forensic oil analysis to help field investigators uphold oil pollution laws. While large oil spills are easily detectable by sight during patrol missions, smaller spills often go unnoticed. Patrols pull small samples of water from different regions and send them to MSL for testing. The tests are very sensitive and can detect the smallest amount of toxins in the water. The Marine Safety Center also offers services to civilians. The goal is to maintain the integrity of US waters; therefore, they welcome samples from civilians if they have concerns over the safety of the water.

The R&D Center of the US Coast Guard is the only center in the United States with the capability of creating effective solutions for any objective of the armed forces. It is constantly upgraded with the newest expertise and equipment available so it remains on the cutting edge of scientific technology. Personnel here work on a wide range of programs, including the detention of drug smugglers, the safety of the maritime environment as well as tracking the purpose of all registered ships and vessels used by the Coast Guard. Another major program centered at the R&D Center is C4ISR, which stands for Command, Control, Communications, Computers, Intelligence, Surveillance and Reconnaissance. The web of technology used to connect and inform warfighters and first responders is vitally important to the safety and security of our country.

Over 5,000 people apply and only 300 cadets qualify to attend this most prestigious training ground for the United States Coast guard each year. The mission of the Academy is to train the finest officers in the Coast Guard, and Cadets immediately begin working on the arts of obedience, loyalty and honor. The training is so rigorous that one-third of cadets will drop out before graduation. The Academy is the only one that trains for military purposes, and cadets can choose from eight majors: government, research and computer analysis, marine and environmental science, naval architecture and civil, mechanical or electrical engineering. The Coast Guard fully covers the cost of tuition with the understanding that graduates fulfill service obligations upon graduation. Once graduated from their programs Cadets become Officers in their respective fields.

Naval Submarine Base is one of the oldest bases of the US Navy. Established in 1868, the base has grown from a minor installation with only small craft to the home port of 15 attack submarines and a first-rate construction yard. Known as the “Home of the Submarine Force”, its mission is to support the infrastructure of all Navy forces and enhance national security by providing the services and facilities to deploy combat-ready submarines and their crews whenever needed. It is located on 687 acres along the Thames River and boasts 11 submarine piers. Over 9,500 active duty, reserve and civilian personnel work there as part of ten permanent units including the Submarine Learning Center, Commander Submarine Group 2 and the Naval Undersea Medical Institute.